For over 90 years, First CRC has been a God-centered church bringing the gospel message throughout the Sioux Falls community and the world.

In 1922, a half dozen families began to worship God in the home of a member on the west side of Sioux Falls. They later began worshipping at West Sioux Baptist Church, and First Christian Reformed Church was official organized on December 13, 1923.

In February of 1925, the church purchased the building of the Augustana Lutheran Church on the corner of 6th Street and Spring Avenue. As the Lord blessed First CRC, the congregation outgrew the capacity of this small church.

On October 26, 1951, First CRC dedicated their new building at 12th Street and Dakota Avenue after purchasing it from Central Baptist Church. Growth continued, and in July of 1960, several changes were made. The attached parsonage was remodeled and changed into an education wing. Overflow seating was handled in the basement as a loudspeaker and closed circuit television were installed. Finally, two morning services were begun to accommodate the growing congregation.

After several years of praying and planning, the congregation built a new church building on East 26th Street. A 90% majority of the congregation signed their names to signify their approval of the new site, which has remained the home of First CRC since 1967.

Faced with an opportunity to move to a new campus at 85th Street and Minnesota Avenue on land the church had purchased in 2004, the congregation instead opted to expand its current facilities. The Touching Tomorrow Today expansion added new classroom buildings, larger nurseries, an activity center, a modern kitchen, and more.

As an externally-focused church, First CRC has planted two churches in Sioux Falls, Shalom Christian Reformed Church and Heartland Community Church. In addition, two churches have been built in the Dominican Republic under the direction of First CRC. 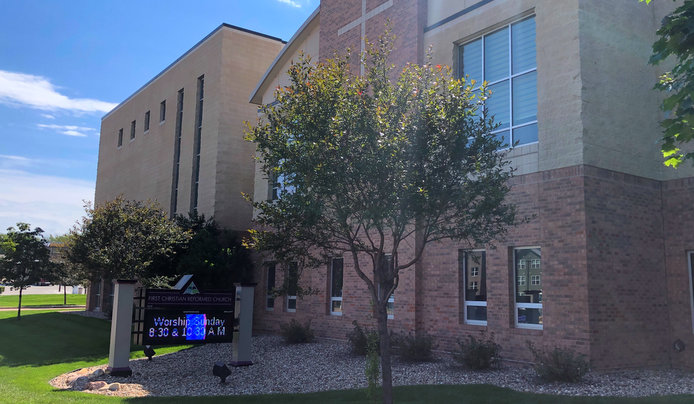